Dubai hosted annual Golden Voice – World Talent Competition 2021. The first place on the competition was given to Vasilisa Nikitina, who became the absolute champion of the competition in all categories.

Interesting and well-known fact is that one of the most famous and TOP celebrities from Leona Lewis, Camila Cabello to Britney Spears were discovered from Talent Competitions. Hollywood Producers, Managers, Top Celebrities, members of the Royal families enter the competition as judges, seeking for the best singers, actors, models, instrumentalists, dancers and all kinds of talents hoping to find the next super star. Among the special celebrity judges and guests are: Steven Seagal, David Heavener, Obaid Bin Suhail Al Maktoum, Persiana Dulo, Mohammed Bin Maktoum bin Juma Al Maktoum, Princess Michelle, and many other high profile guests.
Competition is going in several categories: vocal, acting, dance, modeling, instrumentalist.

Thousands of talented people apply annually for being part of Universe Talent Competition, but only the best are awarded as the Best of the Best talents in the world.
We met Vasilisa and spoke with her about this event in her life.

Vasilisa, how did you get into this international competition?
I have passed a number of online qualifiers; finals and semi-finals were also held remotely. And in the end, I got into the top twenty finalists, who were supposed to participate in the Grand Prix in Dubai, personally, offline.

How long have you been modeling?
Three years. Before that, I was engaged in dancing, gymnastics, and now I am also fond of aerial canvases. I really like it and it gives me the opportunity to feel comfortable and free on stage.

How was the competition itself and how did you feel in front of such a large hall?
The competition was held very solemnly in the Dubai Mall of the Emirates. A lot of people gathered in the theater hall, including famous people, artists from Hollywood; producers of such super stars like Jackie Chan and Madonna and other stars, and the Grand Prix was presented by a famous fashion designer from Italy. Everything was beautiful: the red carpet, reporters from all over the world, TV presenters. I felt completely calm, no worries, as if all this had already happened to me.

Do you want to continue your modeling career in the future?
It’s hard to say now, but in general I really like modeling, although everything in life can change.

What do you prefer to do in your free time?
I have already said and will repeat – I really like aerial gymnastics on canvases. And I also like to rehearse the movements that we learned in the model school and in gymnastics lessons between classes.

Your brother Fedor Nikitin keeps up with you: he is the champion of Cyprus in boxing and the winner of the international championship in Serbia. Are these achievements a good family tradition or the result of a lot of work on yourself?
This is a tradition, and work, and, of course, help from our parents.

Alexander Nikitin, father: Fedor started boxing at the age of three. It took a very long and hard way to achieve this victory. He had wonderful people and coaches all the way. Recently, he has been training with a very well internationally known boxer in the past, and now a wonderful trainer Stanislav Poplavsky at the Russian Boxing School jointly with the Cyprus Boxing School “Target” under the leadership of Nikos Adamidis. 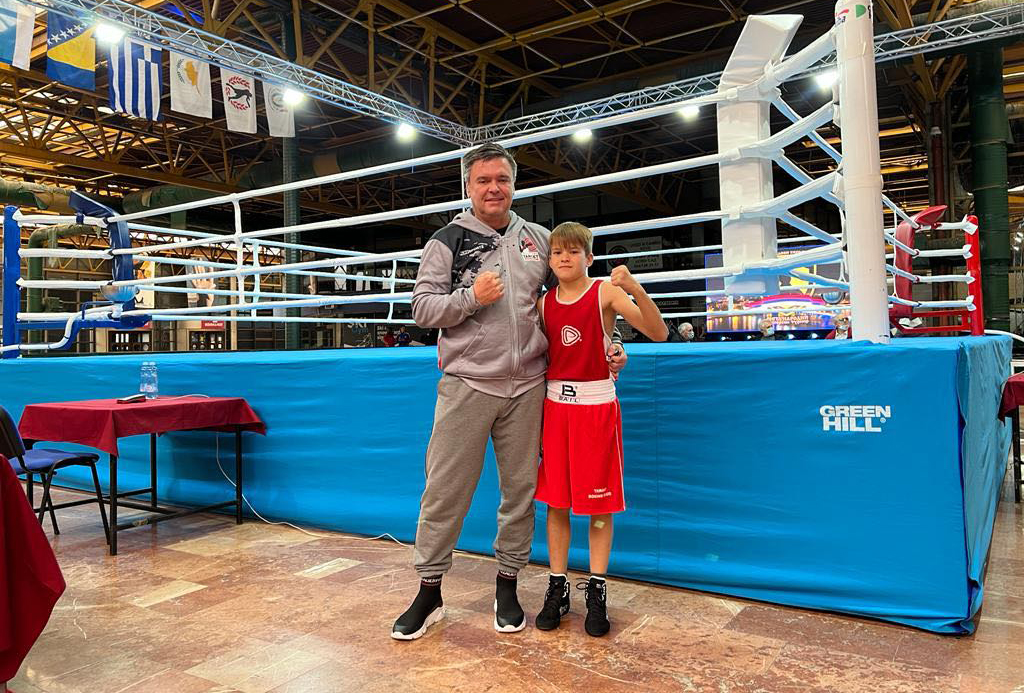 Nina Zhurbina, mother: “As a mother, of course, I am very happy and proud for my daughter, for the fact that she achieved such results, but of course everything was not easy“through thorns to the stars”. We have been working on it for a long time, sometimes through “I don’t want to”, but nevertheless we achieved such a result. I would like to express my gratitude to Marisa Solovey Art Model School led by Marisa Solovey. An excellent teacher and master of its kind. Thanks to everyone who helped us on this path to our victory.

Alexander Nikitin: “As we found out later, all 12 members of the jury unanimously awarded Vasilisa the first place among all age categories. In general, they finalists were elected by the majority of votes, but then all the judges gave her their points – it was an indisputable victory.”

As the winner of 2021, Vasilisa is invited to the opening of the next competition in 2022 in Dubai at the expense of the organizers and will take part in and finals of the event.