In June this year, I flew to Ecuador from Panama. The city I left behind, disappointed me with rains and medical masks – without thinking twice, I rushed off to the volcanoes.

Ecuador is home to 47 volcanoes in total (active and extinct), with 15 in volcanoes Galapagos and 32 on the mainland. This is undoubtedly a high number for a small country in the Andes.

One of the most famous and active Ecuadorian fire-breathing mountains is “Cotopaxi”, 5,897m above sea level. Around Cotopaxi there is a valley of volcanoes, and nearby are the hacienda estates. Nowadays, these are mostly small hotel farms, but don’t be fooled by the term “farm”. Colonial buildings, family temples, Spanish courtyards and shady alleys reveal stories of kings and marquises, whose coats of arms are carved on portals and porches of house churches.

I would like to tell you about one of these stunning places near Cotopaxi – La Ciénega estate. This hacienda was built in 1580, and its architecture is unique not only in Ecuador, but throughout Latin America. Each building has a Spanish royal flair. 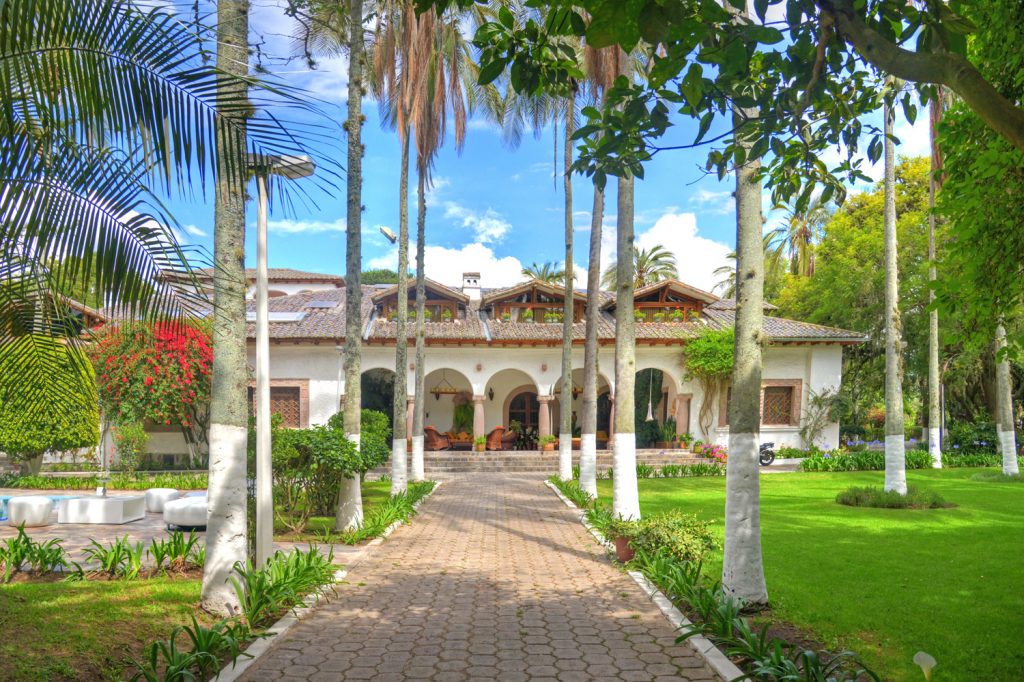 La Cienega is one of the oldest colonial haciendas in Ecuador, with more than 400 years of antiquity. Located near the slopes of the majestic Cotopaxi volcano and its National Park, this mansion has been the scene of important events in the country’s scientific and social history.

Remember Long John Silver’s parrot (Captain Flint), who shouted in Russian translation: “Piastres! Piastres!”? In Stevenson’s original version, the bird screams: “Pieces of eight! Pieces of eight!” Italians called silver money piastres, while the parrot meant Spanish peso de ocho – literally this can be translated as “by weight of eight”. This Spanish coin was minted until the end of the 16th century, it relates to eight reales, and for exchange it was often chopped into eight equal parts.

Peso de ocho is the pride of Spain, signifying wealth of a powerful empire. 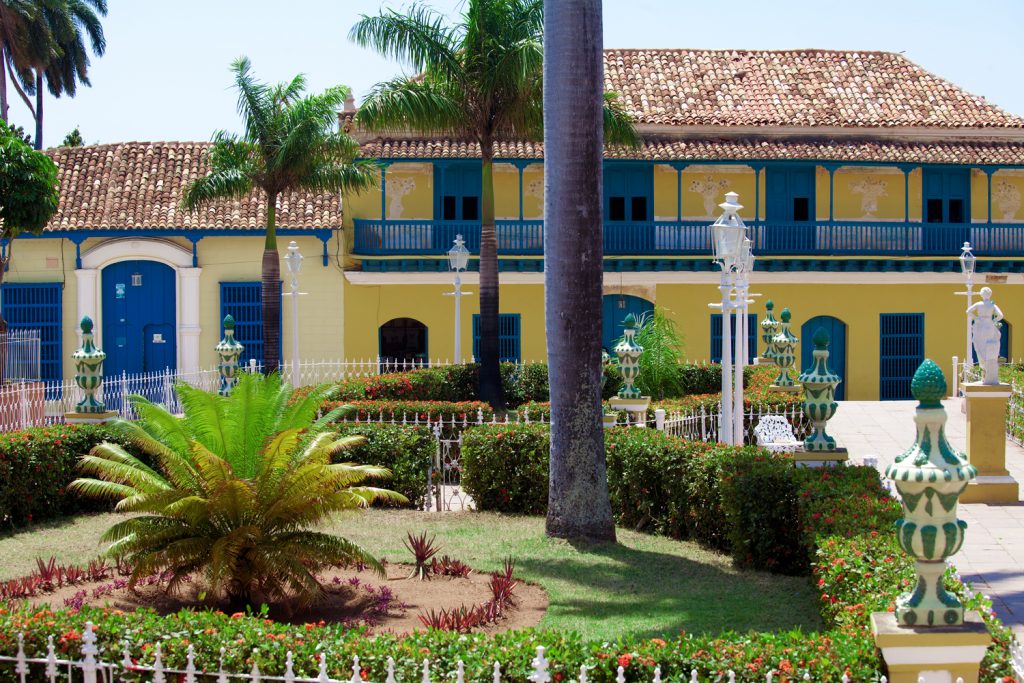 Don Mateo a Spaniard was born in Aragon. He married Gabriele Chamorro, a native of the capital of Ecuador, Quito, and their only daughter, Rosa, inherited the hacienda. Since the 17th century, the estate has been owned by the family of the Marquis Maenza – historically this is the oldest title in Ecuador, awarded in 1625 by King Philip IV of Spain. By the way, both the genus and the title have survived throughout our times – but the Marquises of Maens now lives in Europe.

The hacienda hosted representatives of noble Spanish families, members of the government, presidents and scientists. The French geodetic mission, that studied the Cotopaxi volcano, also visited – the Marquis was friendly with its members, and they often returned to the estate for long visits. The mission observed the eruption of Mount Quilotoa in December 1740 and the famous awakening of Cotopaxi in June 1742, after a 200-year “sleep”. And in 1802, Alexander von Humboldt, the famous German scientist, naturalist, traveler and geographer, stayed at La Ciénega, upon which streets, historical sites and geographical discoveries are named (even on the moon there is the Humboldt Sea).

The hacienda is surrounded by volcanoes on all sides, but in its four-hundred-year history, La Ciénega has never been destroyed. Perhaps because the owners of the estate regularly prayed in the home church to the Virgin Mary of the Rosary – she remains the patroness of the hacienda today. 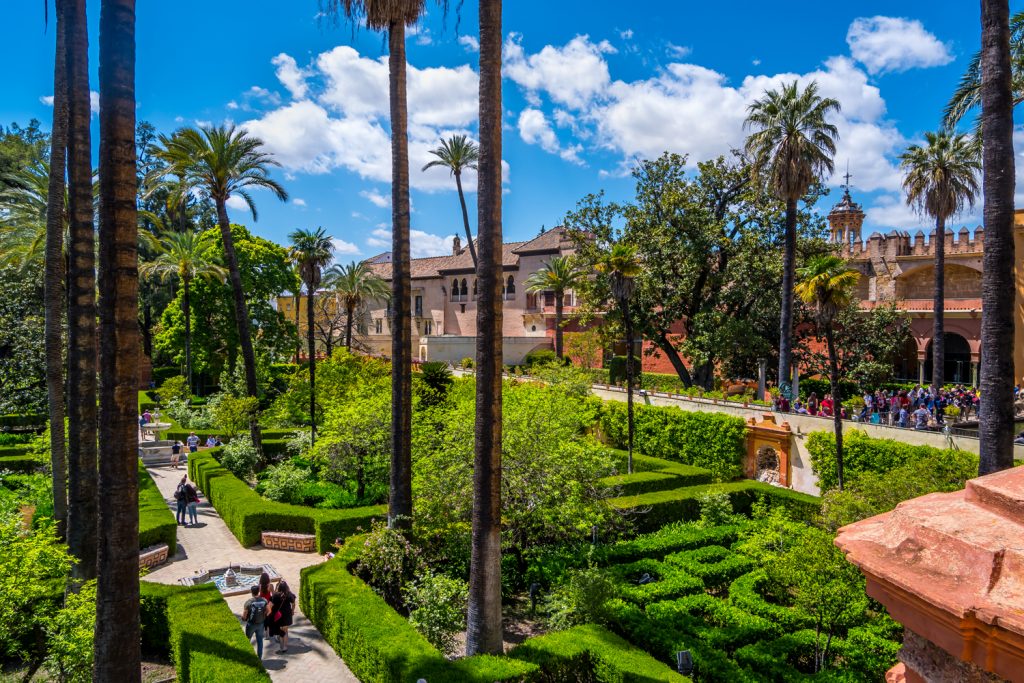 In 1981, the historic landmark was converted into a hotel. Room prices here start at $ 100. There are “suites” in the main building, that are more expensive – $ 198. On the grounds of the hacienda there is a family church, a stable, a park with a fountain and cool alleys. The local wealthy come from Quito on weekends to dine at a local restaurant. Antique furniture stands proudly along the walls, wooden floors creak, leather chairs with embossed family crests and a burning fireplace reflect stories from the life of the Spanish marquises. At dinner, beautiful ladies peer at the stains from the fragrant sauce on the plate – but, maybe, I am mistaken, and they are examining the ancient coats of arms that decorate the crockery.

In the evenings, I watched the sun receding beyond the horizon illuminating the bell of the house church and the glaciers of the volcanoes. I walked listening to the whisper of the foliage at sunset, and peered into the clouds at the top of the Cotopaxi volcano.

In the evening they put heating pads in the beds: the nights are cold here. And dreams are fabulous, magical and unforgettable.

Travel with me on the pages of Premiere magazine and on my social media @evaleaskeh! In the next issue I will tell you about the estate of the granddaughter of the former President of Ecuador, where Queen Sophia of Spain visited.